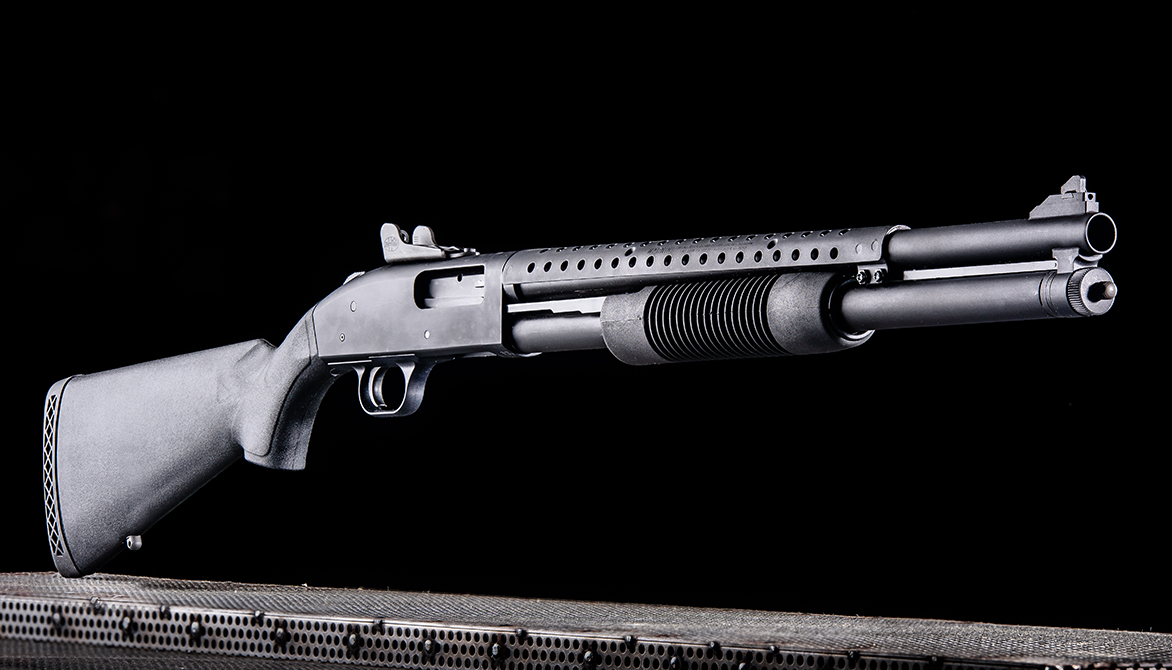 The Mossberg 500 was introduced in 1961, with all early models sporting wood furniture. Mossberg also had a combat police model, the 500 AT, which was not advertised for sale among sporting catalogs but was strictly aimed at police sales. The Home Defense model with black synthetic buttstock and a black riot fore grip with either an 18.5” barrel or a 20” barrel were both referred to as the ‘Persuader’.