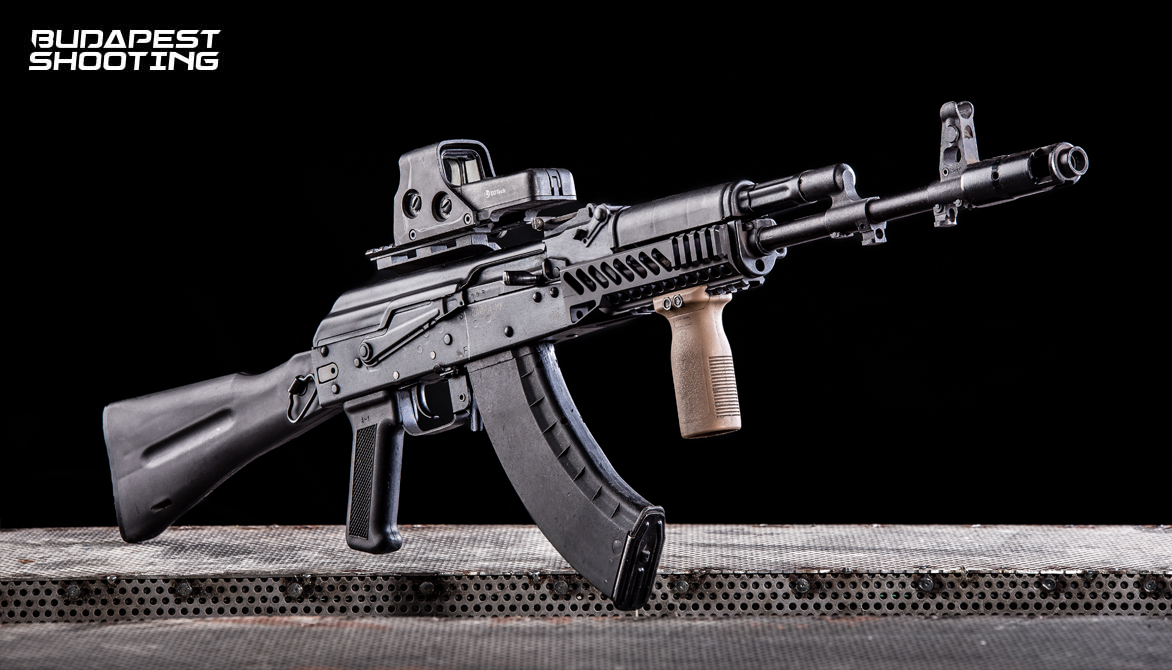 Contrary to popular belief, the AKS-74U is not exactly a “chopped” or otherwise shortened AKS-74. Kalashnikov Izmash MK 103 was designed during a contest for a compact carbine (a type of weapon earlier neglected by the Soviet army and police forces) during the late 1970s. Furthermore, its original and primary purpose was to be a compact weapon that could be easily stowed within vehicles by their crews.