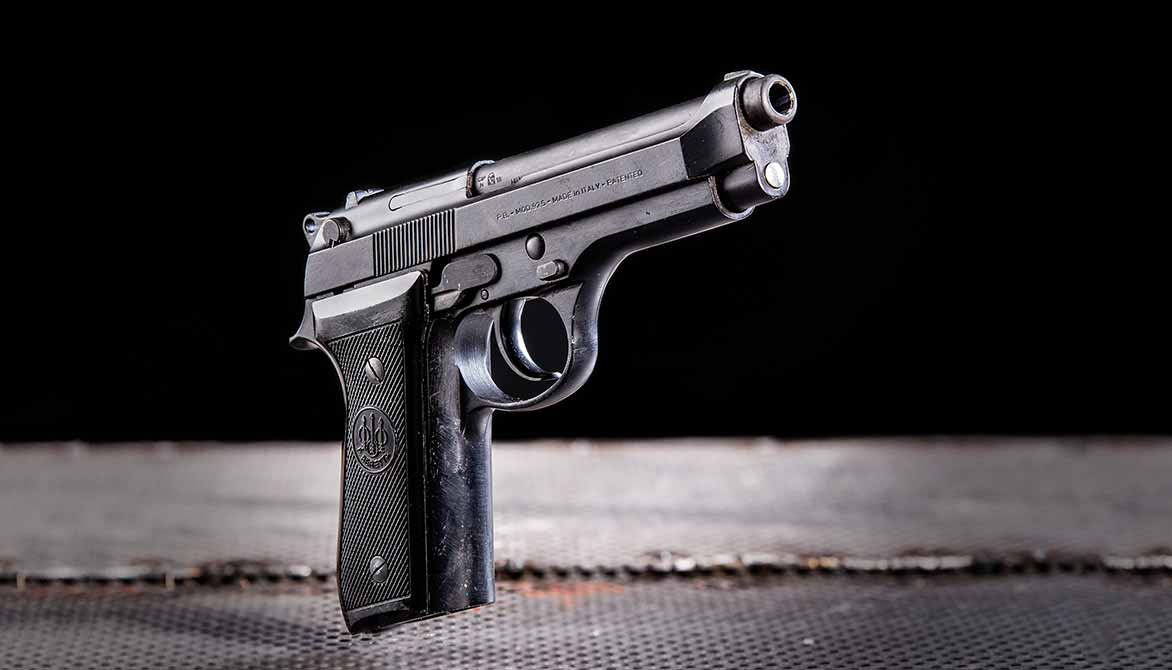 The Assassin Next Door

The first model of the Beretta 92 series featured a rounded trigger guard, frame mounted slide stop safety (as opposed to the later pistols' slide mounted decocking safety), an early style floor plate, and a butt located magazine release. Only about 5000 of this model were produced between 1975 and 1976, the first 1000 of which featured a stepped slide (the thickness decreases just ahead of the chamber) and unbranded grip plates. The original Model 92 was produced from 1975 to 1981.