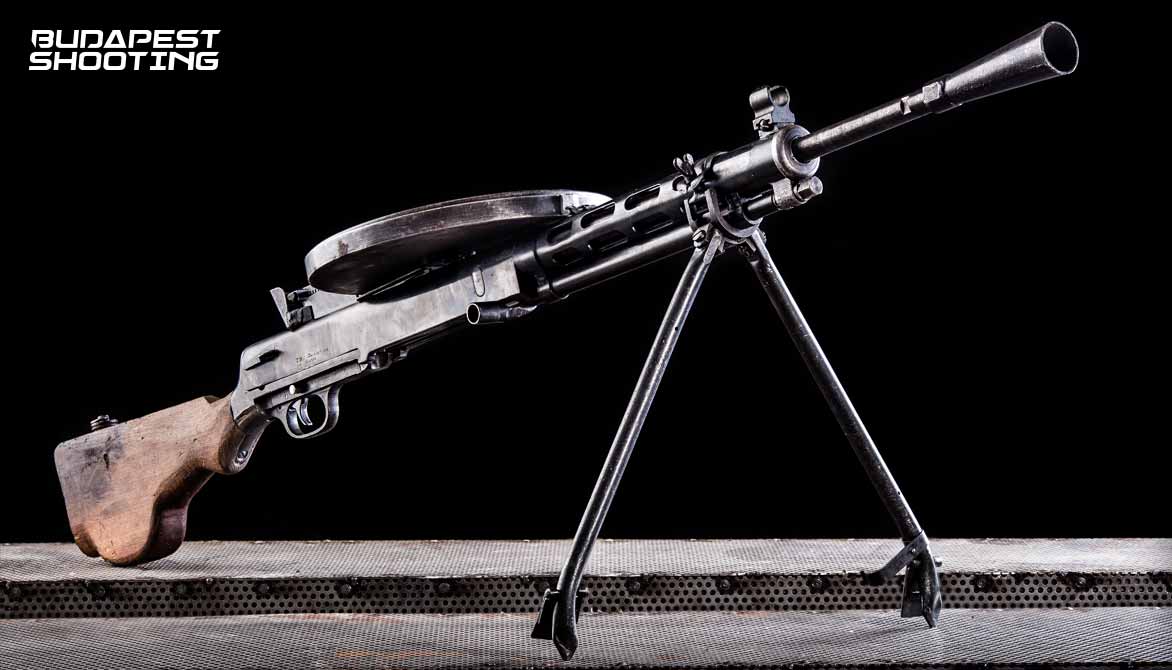 According to Hungarian law it can only be used only in semi auto mode!

The Degtyaryov machine gun (Russian: Пулемёт Дегтярёвa Пехотный Pulemyot Degtyaryova Pekhotny "Degtyaryov's infantry machine gun") or DP-27 is a light machine gun firing the 7.62×54mmR cartridge that was primarily used by the Soviet Union, with service trials starting in 1927 followed by general deployment in 1928. Besides being the standard Soviet infantry light machine gun (LMG) during WWII, with various modifications it was used in aircraft as a flexible defensive weapon, and it equipped almost all Soviet tanks in WWII as either a flexible bow machine gun or a co-axial machine gun controlled by the gunner. It was improved in 1943 producing the DPM, but it was replaced in 1946 with the RP-46 which improved on the basic DP design by converting it to use belt feed. The DP machine gun was supplemented in the 1950s by the more modern RPD machine gun and entirely replaced in Soviet service by the general purpose PK machine gun in the 1960s.