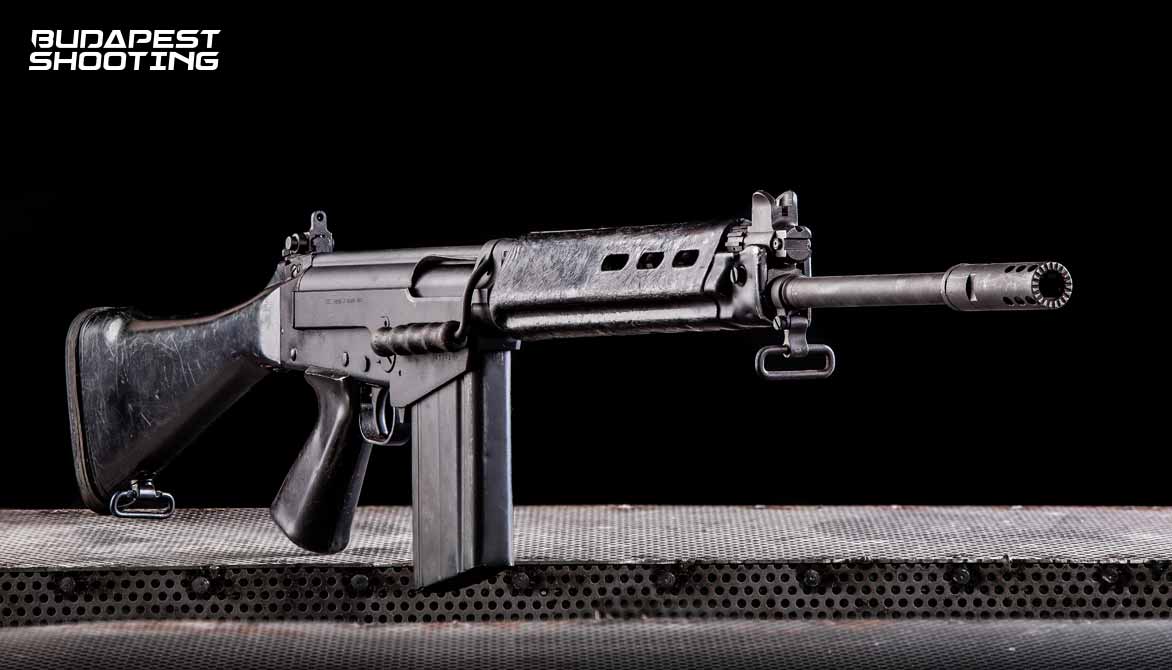 The FN FAL (Fusil Automatique Léger) was designed by Dieudonné Saive and Ernest Vervier from 1947 to 1951. It is also called the FN LAR (Light Automatic Rifle), the English translation of its Belgian French name. The fact that there are so many variants, made by different countries and different names for the same models, causes a lot of confusion regarding what particular FAL is in what movie. For the most part, only the major variants of the gun will have been seen in movies with wide distribution, (the original Belgian version, U.S. versions, the Israeli Versions and British/Commonwealth Version). The early FAL prototypes were chambered in intermediate cartridges like 7.92x33mm and .280 British, in an attempt to create an assault rifle along the lines of the German Sturmgewehr 44, but after 7.62x51mm NATO was adopted as the standard NATO rifle cartridge, the FAL design was altered to accommodate the more powerful round.