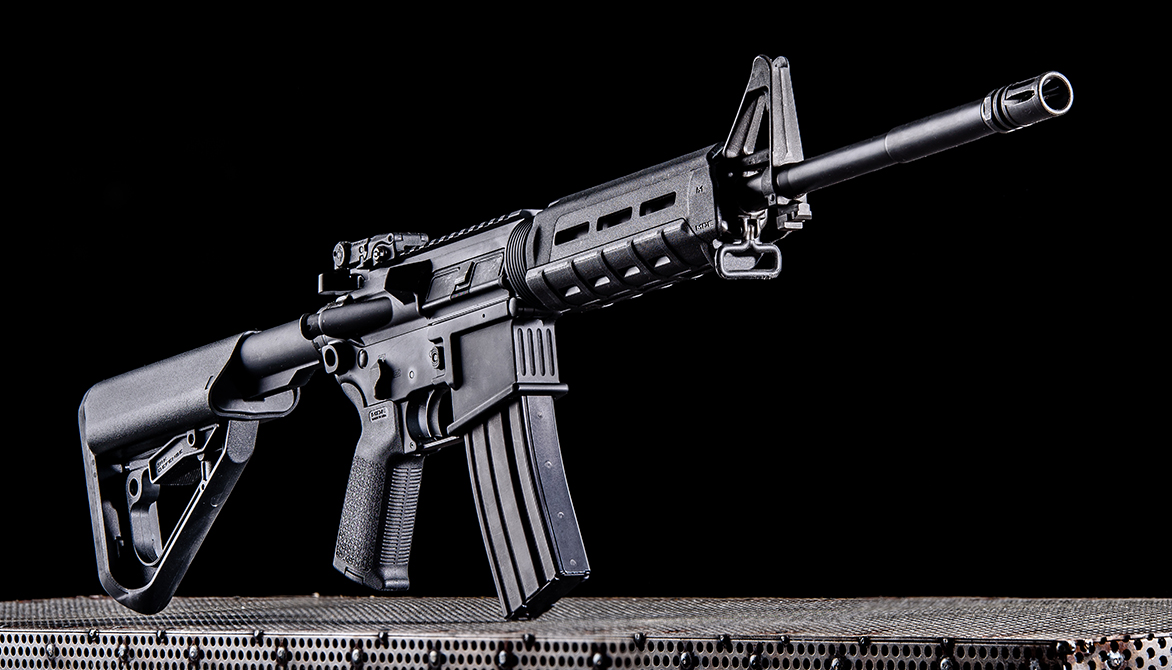 The M4 Carbine is a 14.5" barreled select fire assault rifle adopted by the United States Armed Forces. It has a distinctive 'step down' in the barrel to allow for mounting the M203 grenade launcher. The M4 has 3-round burst capability, while the M4A1 has full-auto fire capability. The very earliest M4s delivered to the US Army in 1994 had fixed carry handles and were known in Colt's catalog as the Model 777. However, by 1995, the military standardized the Model 920 (M4) and Model 921 (M4A1), which featured a flattop upper receiver and a detachable carry handle; in spite of the receiver difference relative to the earlier Model 777, the Model 920 retained the same "M4" designation. Contrary to popular misconception, the carry handles on most M4s and M4A1s are detachable; since the early-2000s, almost all M4 carbines are used with the carry handle removed, and a folding rear sight and optic being attached to the receiver instead. As far as the DoD procurement program has always been concerned, the burst/auto capability is the only difference between an M4 and M4A1. (NOTE: More recently produced M4A1s - known as the Model 921HB - also have a thicker barrel profile under the handguards along with a heavier buffer to slow the rate of fire, meaning that the weapon is more controllable during fully automatic firing and is less prone to overheating.) As of 2014, most burst-fire M4s have been converted to the upgraded full-auto M4A1s.