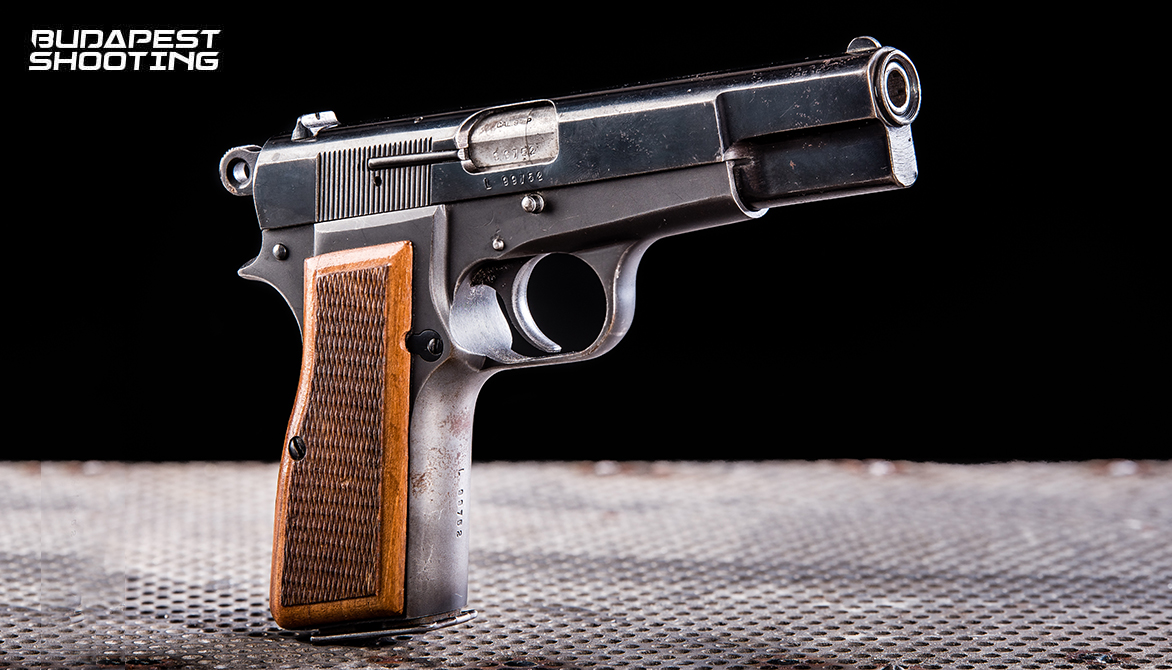 The FÉG PJK-9HP is a Hungarian manufactured clone of the the Belgian Browning Hi-Power, manufactured by FÉG (Fegyver-és Gépgyár). Not very well known to Americans for many years, FÉG began importing its various models into the United States in the 1990's with the end of the Cold War. FÉG has supplied firearms to the Hungarian military and police for many decades. While FÉG might not be as flashy as other companies the company's products have a reputation for being solid, well made firearms which are also affordable. The P9R version (the U.S. commercial import version of the PJK-9HP) is Double/Single Action and has a modified trigger guard and shorter grip profile. The P9R also does not take Hi-Power magazines and has quite a bit of Smith & Wesson Model 59 inspiration. The FP9 version is Single Action only and can easily be identified by the ventilation ribs that run across most of the length of the slide.