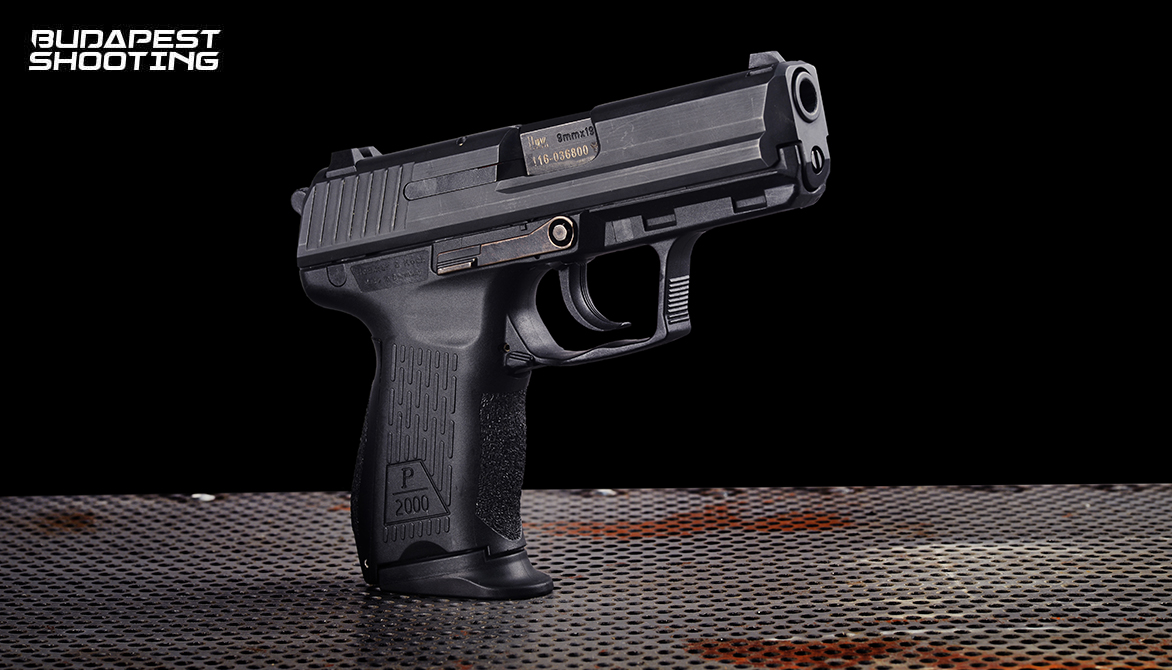 The Heckler & Koch P2000 is a German semi-automatic pistol introduced late in 2001 and intended primarily for law enforcement, paramilitary, and commercial markets. It is based on the USP Compact pistol. The P2000 was designed specifically with improved ergonomic characteristics; it has features that reduce handling related stresses, while at the same time increasing user handling and comfort.

The P2000 is a short recoil-operated locked breech pistol with a modified Browning-type linkless cam action with a vertically tilting barrel also employed in the USP series of self-loading pistols, as well as most modern linkless semi autos.

The cold hammer-forged barrel has a polygonal profile while the slide is made from a solid bar of nitro-carburized steel. Following recent trends in modern pistol design, the P2000 makes extensive use of impact-resistant polymers to reduce weight and production costs.

As with other recent Heckler & Koch pistol designs, the P2000 is modular to suit individual needs. For instance, the grip is modular with exchangeable backstraps, allowing the user to customize the pistol's grip size and feel. There is a universal accessory rail built into the dust cover in front of the trigger guard that allows for the use of tactical lights, laser pointers and other accessories. This is in contrast with the USP series which uses a proprietary H&K mounting rail that limits the types of accessories that could be used with the pistol.

The P2000 is a hammer-fired pistol with an exposed spurred hammer; a bobbed hammer is optional. It has an ambidextrous slide lock and a fully ambidextrous magazine release installed in the trigger guard.