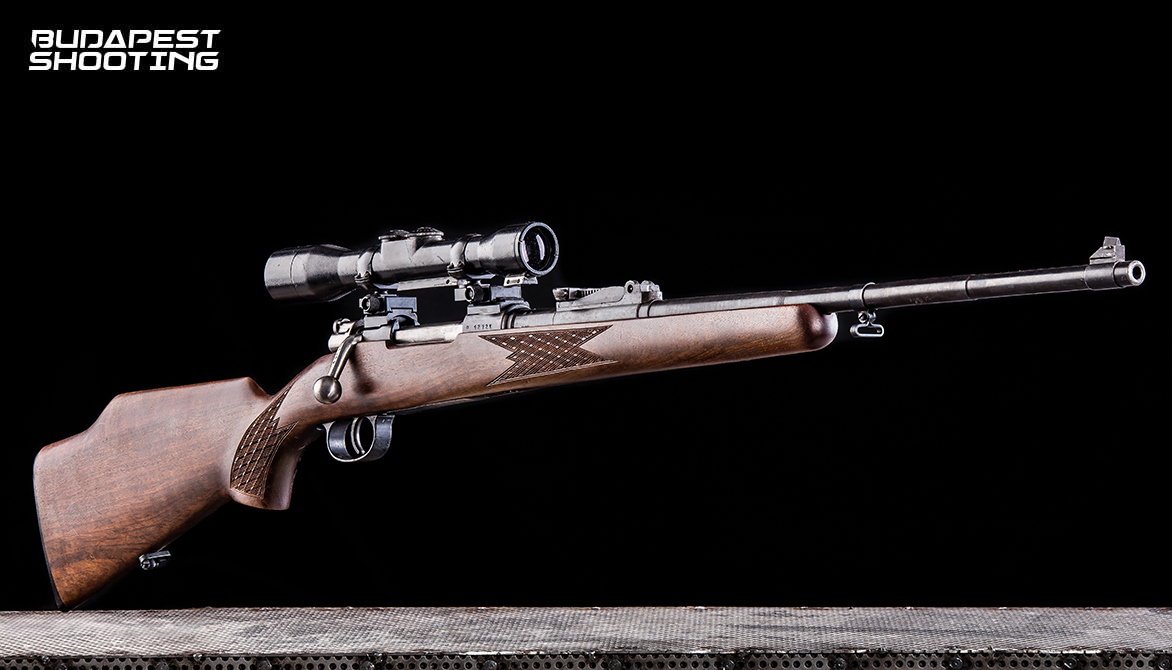 The Karabiner 98 kurz (German: [kaʁaˈbiːnɐ ˌʔaxtʔʊntˈnɔʏntsɪç ˈkʊɐ̯ts]; "carbine 98 short", often abbreviated Kar98k or K98k and often incorrectly referred to as a "K98" (which was a Polish Carbine), is a bolt-action rifle chambered for the 7.92×57mm Mauser cartridge that was adopted on 21 June 1935 as the standard service rifle by the German Wehrmacht. It was one of the final developments in the long line of Mauser military rifles. Although supplemented by semi- and fully automatic rifles during World War II, it remained the primary German service rifle until the end of the war in 1945. Millions were captured by the Soviets at the conclusion of World War II and were widely distributed as military aid. The Karabiner 98k therefore continues to appear in conflicts across the world as they are taken out of storage during times of strife.

In February 1934 the Heereswaffenamt (Army Weapons Agency) ordered the adoption of a new military rifle. The Karabiner 98k was derived from earlier rifles, namely the Mauser Standardmodell of 1924 and the Karabiner 98b, which in turn had both been developed from the Gewehr 98. Since the Karabiner 98k rifle was shorter than the earlier Karabiner 98b (the 98b was a carbine in name only, a version of Gewehr 98 long rifle with upgraded sights), it was given the designation Karabiner 98 kurz, meaning "Carbine 98 Short". Just like its predecessor, the rifle was noted for its reliability, great accuracy and an effective range of up to 500 metres (550 yd) with iron sights and 1,000 metres (1,090 yd) with an 8× telescopic sight.

The desire for adopting new shorter barreled rifles and the introduction of the Karabiner 98k, featuring a 600 mm (23.62 in) long barrel, were reasons for changing the standard German service ball rifle cartridge. The 1903 pattern 7.92×57mm Mauser S Patrone produced excessive muzzle flash when fired from arms that did not have a long barrel like the Gewehr 98. It was found that the s.S. Patrone, originally designed for long range machine gun use, produced less muzzle flash out of rifles that had a shorter barrel and also provided better accuracy. Because of this the S Patrone was phased out in 1933 and the s.S. Patrone became the standard German service ball cartridge in the 1930s.