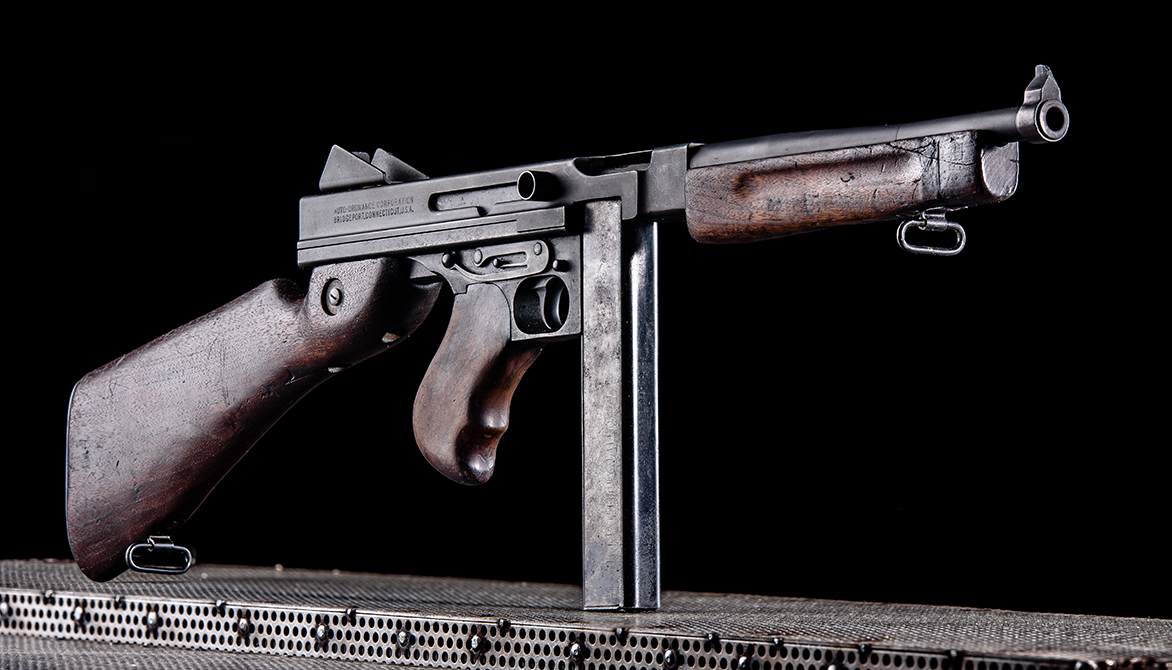 The legendary Thompson Submachine Gun is an American SMG developed in the late 1910s by General John T Thompson. Initially envisioning an “auto rifle” to replace bolt-action rifles in American service while using an operating system less expensive than recoil or gas, Thompson acquired a patent issued to John Bell Blish for what turned out to be a friction-delayed blowback action.