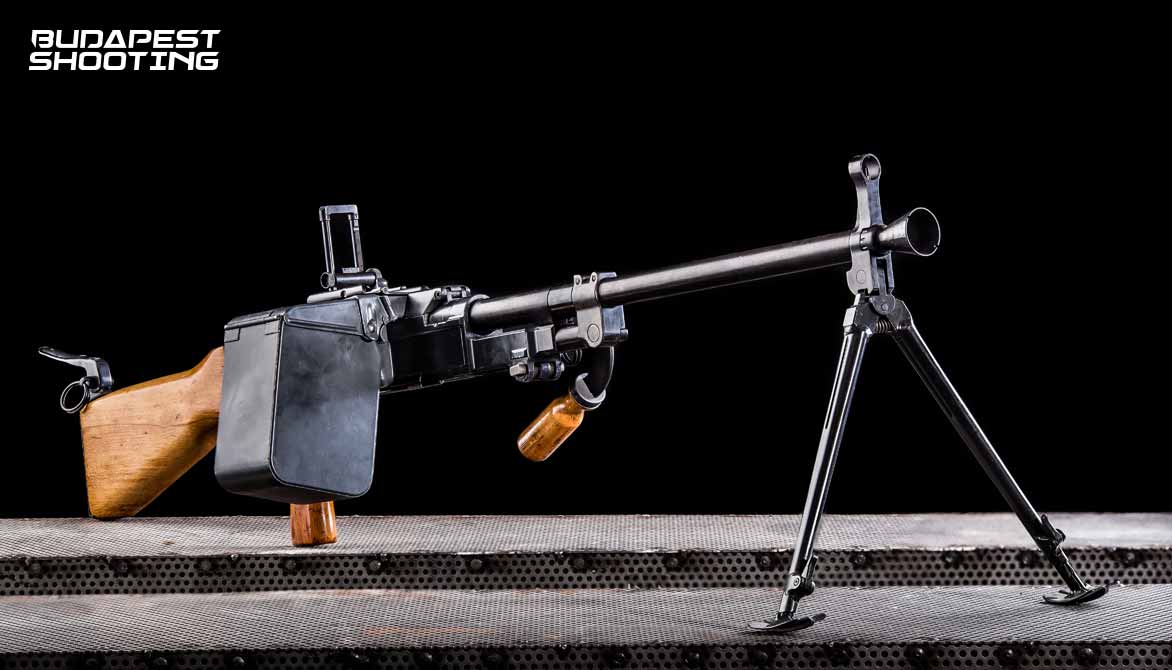 ACCORDING TO HUNGARIAN LAW IT CAN ONLY BE USED ONLY IN SEMI AUTO MODE!

The Universal Machine Gun Model 1959 (Czech: Univerzální kulomet vzor 59) is a general-purpose machine gun developed in Czechoslovakia in the 1950s. It remains in use by the Czech Army and the Slovak Armed Forces. The Uk vz. 59 fires 7.62×54mmR ammunition (although a Vz. 59N variant for 7.62×51mm NATO ammunition also exists), delivered via an ammunition belt. The weapon can serve as a light (light barrel and bipod, vz. 59L model) and medium machine gun (heavy barrel and tripod), and can also be used as a co-axial mounted weapon (Vz. 59T version). The pistol grip acts as the charging handle for the Uk vz. 59.